Looking at the recently published list of toughest jobs to fill, compiled by CareerCast.com – a Carlsbad, CA career and jobs information company – it would seem that technology, an aging population and lack of qualified candidates are some of the top reasons these professions made the roster.

In putting together its list, CareerCast first looked to is roster of the top 200 jobs within the workforce that it follows as part of its Jobs Rated Report. It then researches each, looking to data from the Bureau of Labor Statistics, industry publications, trade statistics, the Georgetown University Center on Education and college graduate employment figures.

For a job seeker new to the workforce, knowing which positions are in demand now – or will be in the future – can be helpful, says Kyle Kensing, CareerCast’s online content editor. “It’s going to provide a pretty good snapshot of what’s in demand here in at least the next decade,” he told FORBES. “When you’re talking about things like healthcare and IT, the fact those have been high growth for so long – even sustaining throughout the recession – I think suggests that those are going to be in-demand fields even beyond this next decade or so.” 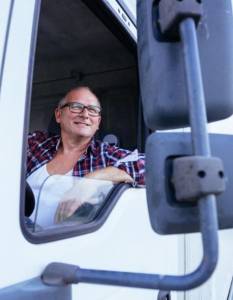 One job that made the list this year – as it did last year – is data scientist. Says Kensing: “Universities now are just starting to integrate specific majors for that field. It’s got a high growth outlook but right now it’s still a burgeoning field.” According to the numbers, the data scientist occupation has a 16% growth outlook over the next eight years, and right now the median annual salary for that position is more than $128,000.

The job of information security analyst, which also made the CareerCast toughest jobs to fill roster, is also a tech job that places of higher learning are only now starting to treat as a special and focused field of study, says Kensing. Workers in that job can earn a median annual salary of more than $90,000, with an 8-year growth forecast of 18%.

Truck driver also made the list this year, despite the relatively low growth forecast of 5%. “That is where there are a lot of job openings and not necessarily a commensurate amount of applicants available for those jobs,” Kensing explained. “Transportation and truck driving was hit really hard during the recession and a fair number of people who worked in that line of work moved into something else. Now, as those jobs are starting to come back, there are projections for huge numbers of openings and not necessarily enough bodies to fill all of them.”

Some positions are going to be seeing a lot of vacancies now and in the near future due to retirement. One such position is registered nurse, which appears on CareerCast’s list. Another such job is general and operations manager. “That’s tied into the Baby Boomer generation—more of them moving into retirement,” says Kensing, “which also factors into other careers on this list like a home health aide and physical therapist, with more need to assist those people once they are in retirement and require healthcare.”

Article by Karsten Strauss for Forbes